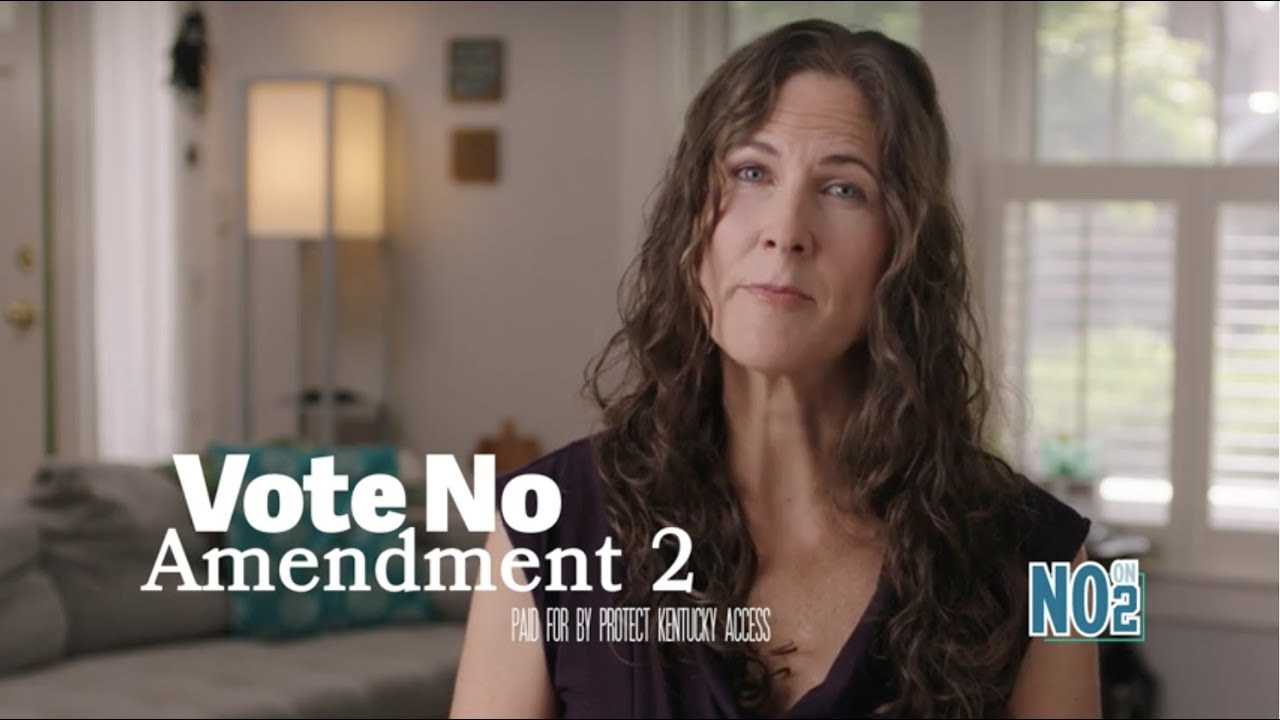 “Everyone hopes for a healthy pregnancy,” said the woman identified as Courtney, looking directly at the camera as soft music plays in the background. “We wanted this baby. But me and the baby were at risk.”

Relating her heart-wrenching decision to end a pregnancy for medical reasons, Courtney — in the first television ad about Kentucky’s proposed constitutional amendment to end abortion rights — warns of the consequences.

“Kentucky politicians don’t understand their mandate will put women’s lives at risk,” she says in the ad sponsored by Protect Kentucky Access, which opposes the amendment. “Please, for our family and yours, vote no.”

Access to abortion — except for medical emergencies — is currently outlawed in Kentucky under a “triggerlaw” that took effect after the U.S. Supreme Court on June 24 struck down Roe v. Wade, the landmark 1973 case that established abortion as a federal constitutional right. A legal challenge is pending, seeking to establish it as a state right.

More:On Election Day, you’ll decide whether to ban abortion in Kentucky. Here’s what to know

If approved, the amendment would eliminate the right to abortion from Kentucky’s constitution, effectively cutting off legal challenges. And if rejected, it would leave open the possibility of abortion being established as a state right.

The ad, first appearing Friday on television and cable channels, is the start of what is expected to be a fierce campaign both for and against Constitutional Amendment 2 on the Nov. 8 general election ballot.

Protect Kentucky Access purchased broadcast, cable and satellite television advertising space in Louisville, Lexington, Bowling Green and Paducah, as well as the Evansville, Indiana, and Charleston-Huntington, West Virginia, media markets, according to a press release from the campaign. It also is available on YouTube.

“On November 8, Kentuckians will vote on Amendment 2, which will mandate government control of our private decisions and pave the way for a permanent ban on abortion, with no exceptions,” said Rachel Sweet, campaign manager for Protect Kentucky Access. “We ask Kentuckians to vote no on Amendment 2 because it puts the lives of women and girls at risk.”

The ad is called “Tragedy” and is among others to be released by Protect Kentucky Access.

“It is important for Kentucky voters across the commonwealth to hear the stories of real Kentuckians who would be impacted by the passage of Amendment 2,” Sweet said.

The one-line amendment states: “To protect human life, nothing in this Constitution shall be construed to secure or protect a right to abortion or require the funding of abortion.”

About a month until 2022 midtermsPost Roe v. Wade, abortion is the X factor in Kentucky’s 2022 election

Kentucky’s constitutional amendment battle follows a campaign in Kansas in August where opponents caused a national stir when a similar amendment to end abortion as a state right was defeated in the conservative state by about 18 percentage points.

That campaign cost more than $20 million, with each side spending about half.

Sweet, who managed the Kansas campaign for amendment opponents, is now running Kentucky’s campaign for opponents who include Planned Parenthood, the American Civil Liberties Union of Kentucky, the Fairness Campaign, the Kentucky Black Birth Alliance, Sister Song, a reproductive justice collective for women of color, and Sexy Sex-Ed, which promotes information about sex and sexuality.

Friday, Yes for Life announced it will hold a rally Saturday at the state Capitol in Frankfort to encourage people to vote for the amendment. The event begins at 2 p.m. and speakers will include Wuchner; Angela Minter, president of Sisters for Life; Dr. Al Mohler, president of the Southern Baptist Theological Seminary; Most Rev. John Iffert, bishop of Covington; and Jeff Fugate, pastor of Clays Mill Baptist Church.