Legal & General Group Plc (OTCMKTS:LGGNY – Get Rating) declared a dividend on Thursday, April 14th, investing.com reports. Investors of record on Friday, April 22nd will be paid a dividend of 0.8223 per share by the financial services provider on Wednesday, June 8th. This represents a yield of 6.34%. The ex-dividend date of this dividend is Thursday, April 21st. 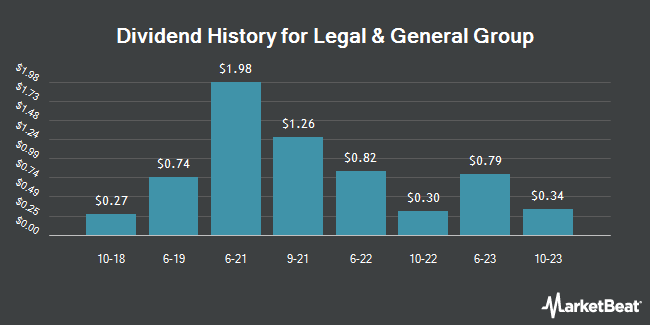