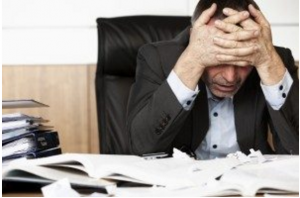 A former partner in the London office of White & Case, Michael Wistow, has accused his former firm of being a “toxic environment,” saying he was fired from the firm when he suffered mental health issues following his wife’s death from cancer. The former co-head of the EMEA tax practice sued the firm in a London employment tribunal alleging disability discrimination, saying his anxiety and depression following the death of his wife was a mental impairment.

As reported by Bloomberg, Wistow alleges in lieu of support for his bereavement, he dealt with a problematic atmosphere:

Wistow said that the symptoms of his poor mental health led to “a substantial adverse effect on my ability to carry out day to day activities,” but instead of being offered support during this time, he endured a “toxic environment,” according to a statement prepared for a hearing this week.

He also compared the culture at White & Case to other Biglaw firms and finds that firm lacking:

Wistow said in his disability impact statement prepared for the tribunal that the culture was “toxic like nothing I had experienced at the other major City law firms I had worked at before.”  Wistow had previously spent 20 years at Clifford Chance LLP.

Among his claims, Wistow said he was accused of “lacking commitment” when he took a day off to spend time with his sick wife on her birthday, and senior management or HR did not follow up after he told them he was struggling. He also alleged he was “badgered” by the firm’s in-house legal team to leave after returning from bereavement leave.

The firm denies the allegations and says that rather than a discriminatory motivation, Wistow was let go for poor performance and that he was working on a new legal business venture while he was out.

But it’s really what the firm wrote in legal filings in the case that is catching attention:

The law firm “do not doubt the genuineness of his feelings of sadness and grief as a result of this,” Jonathan Cohen, a lawyer for White & Case, said in documents prepared for the hearing. “However, as well-known authority explains, sadness and grief are not disabilities as defined in the Equality Act.”

The firm has also noted they conducted an investigation by external counsel and determined there was no wrongdoing.

Listen, I don’t know nearly enough about any of this (or about British employment law) to opine on the merits of the allegations. But going with grief is not a protected class? Purely as a public relations matter, that’s terrible. While this may be legally accurate, it does pretty much nothing to dispel the perception that White & Case is a “toxic” work environment.

Kathryn Rubino is a Senior Editor at Above the Law, host of The Jabot podcast, and co-host of Thinking Like A Lawyer. AtL tipsters are the best, so please connect with her. Feel free to email her with any tips, questions, or comments and follow her on Twitter (@Kathryn1).